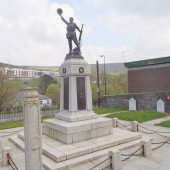 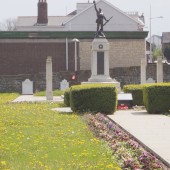 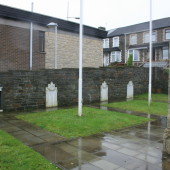 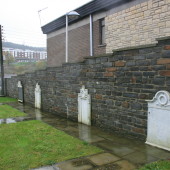 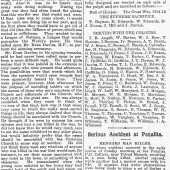 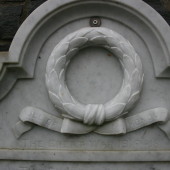 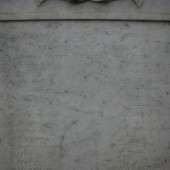 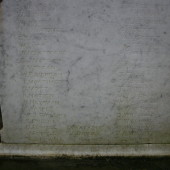 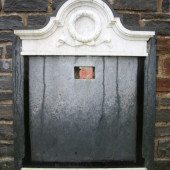 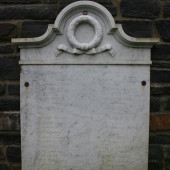 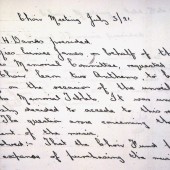 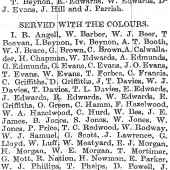 Two white marble memorial plaques dedicated to the memory of members of the congregation of Nebo Welsh Baptist Church, Ebbw Vale who were killed or served during the First World War.  The memorial tablets were originally sited either side of the pulpit at Nebo and were dedicated at a service at the church in September 1921, Earlier, at a choir meeting at the church on 3 July 1921, it was agreed that the choir would learn 2 anthems to be sung at the dedication service later that year. A detailed account of the service together with a list of names was published in the Merthyr Express on 24 September 1921. Following the closure and demolition of this church, the tablets were eventually re-located to the civic cenotaph in Ebbw Vale where they were fixed against a wall inside the enclosure, although exposed to the elements. One of these tablets has been removed or stolen from the cenotaph enclosure sometime between May 2014 and October 2015.

The names on the surviving tablet have been incised into the stone although it is difficult to read. Aside from weathering, despite the fact that the gates to the enclosure are normally padlocked, the remaining stones are vulnerable to vandalism or theft.

Transcription of names on the surviving plaque:

The names from the missing memorial can be recovered from the newspaper article uploaded from 24 September 1921 – the dimensions of the missing plaque would appear to be identical to that which remains. It is likely that the wording on the removed plaque is as follows: