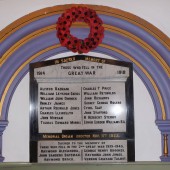 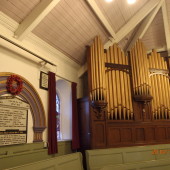 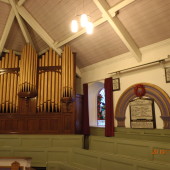 Ebenezer Baptist Church, Park Place, Abertillery, was built in 1877 and an extension and Sunday School added in 1905. Further information about the church may be found in a history of Ebenezer Baptist Church written by Eryl Dykes in 2001 to coincide with the 125th anniversary of the founding of the church. It was published by Old Bakehouse Publications, Abertillery (ISBN 1 874538 54 9).

Inside the church there is a memorial organ and tablet dedicated to the memory of men of the congregation who lost their lives during the First World War. The organ was dedicated on the 4th anniversary of the armistice, on 11th November 1922.