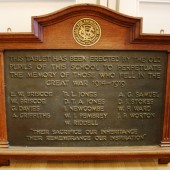 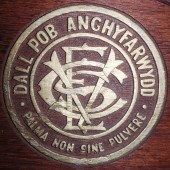 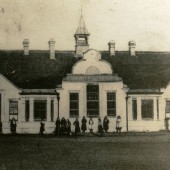 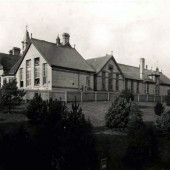 THIS TABLET HAS BEEN ERECTED BY THE OLD/

PUPILS OF THIS SCHOOL TO PERPETUATE/

THE MEMORY OF THOSE WHO FELL IN THE/

THEIR SACRIFICE OUR INHERITANCE/

THEIR REMEMBRANCE OUR INSPIRATION/