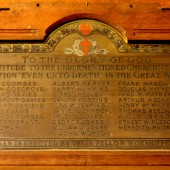 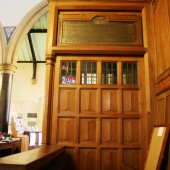 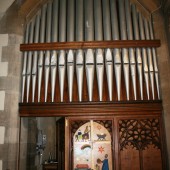 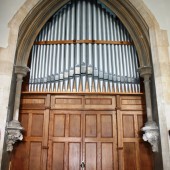 A new organ was unveiled by Frederick Mills, Manager of the Ebbw Vale Company at Christ Church, Ebbw Vale on 25 April 1923 and dedicated by Dr. Green to the men of the congregation who lost their lives during the First World War. The organ installed in 1923 has since been replaced; however the pipework remaining within the church is believed to belong to the 1923 installation.

A brass plaque with inscribed dedication and list of names, which was probably affixed to the organ, has been relocated and is now fixed to the wooden panelling on the entrance porch, which was itself installed in 1950 and serves as a memorial to the fallen of the Second World War.