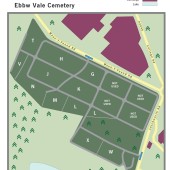 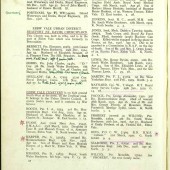 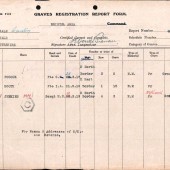 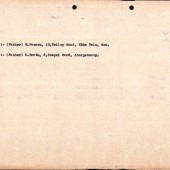 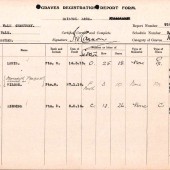 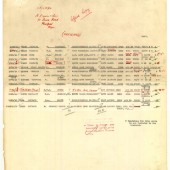 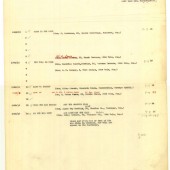 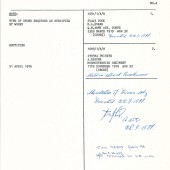 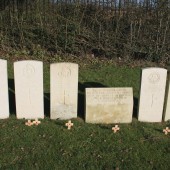 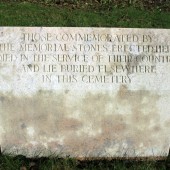 Ebbw Vale Cemetery is a civic, non-denominational cemetery managed by Blaenau Gwent County Borough Council. It lies to the north west of the town to the south and west of Waun-y-pound road. The ground was previously open moorland and parts of the cemetery can be very wet underfoot. Much of the oldest part of the cemetery has had its gravestones removed and this area is now managed as a wild-flower conservation area; it appears that these gravestones have been moved to an inaccessible, overgrown location near a stream which runs through the site. None of these gravestones can be accessed due to their location, notwithstanding the fact that the graves are piled one on top of each other in stacks! Unfortunately, this ‘tidying up’ has also resulted in the loss of a number of original gravestones marking the burials of individuals who were killed or died as a result of wounds during the First World War. Nevertheless, a number of WW1 graves are still extant at their original locations.

In total, there are 30 ‘war graves’ of former service men and women from both world wars.

The following list represents those internments for casualties from the First World War only, as recorded by the Commonwealth War Graves Commission’s website [those 5 individuals listed below whose details are in italics lie in unmarked graves; commemorative headstones to each individual with the exception of Albert Harper have been placed together near the lodge entrance and a memorial tablet placed between these stones states that these individuals lie buried elsewhere in this cemetery]:

NB THERE IS NO COMMEMORATIVE MEMORIAL TO ALBERT HARPER IN THIS CEMETERY, AS IS THE CASE WITH 4 OTHER WAR CASUALTIES FROM WW1 LISTED ABOVE WHOSE GRAVES ARE ALSO UNMARKED DUE TO CLEARANCE WORKS OF A SECTION OF THIS GRAVEYARD!