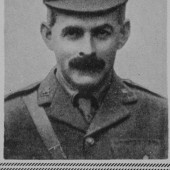 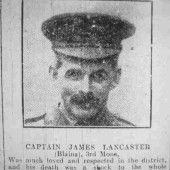 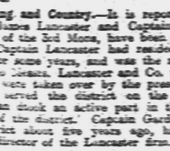 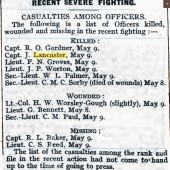 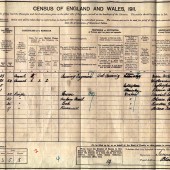 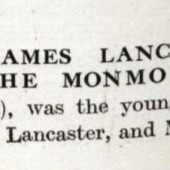 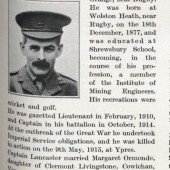 James Lancaster was born about 1878, son of Robert and Euphemia Lancaster. At the time of his birth the family lived in Wolston, Worcestershire, but the 1881 census shows the family living in the village of Allesby, Nottinghamshire. Robert Lancaster was a Barrister but in 1881 he was not in practice at the time.
The 1891 census shows Euphemia still living in Allesby with her 3 children, but now a widow. James is listed as a scholar, possibly at Allesby Park Boys School in Allesby Hall. He is named in another document as later being the tenant of Allesby Hall but probably never lived there.

By 1901 James was living in a boarding house in Popplewick, Notts and was a mining student.

The 1911 census shows James living and working in Blaina. He is listed as a Mining Engineer, but further research shows him as being Managing Director of Messrs. J. Lancaster, a coal mining company with extensive interests in Monmouthshire. He is married to Margaret and they have 2 sons; they also have 4 servants.

James Lancaster joined the 3rd Battalion of the Monmouthshire regiment in February 1910 as a lieutenant. He was promoted to Captain at the outbreak of the war and was killed in action on the 9th May 1915 at Ypres.

He is recorded on the brass memorial plaque at St. Peter’s Church, Blaina.