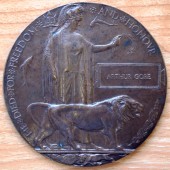 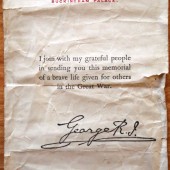 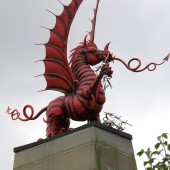 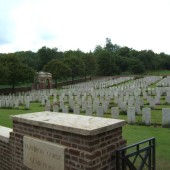 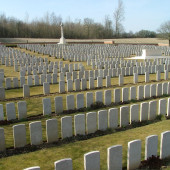 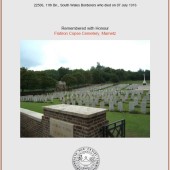 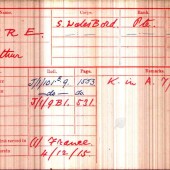 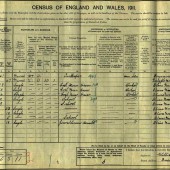 The first object is his ‘death penny’. Quoting from the Great War website: The circular shape and coin-like appearance soon contributed to the nickname of this memorial plaque becoming widely known as the “Dead Man’s Penny”, the “Death Penny”, “Death Plaque” or “Widow’s Penny”.

The second object is a standard letter from the King to his family. Arthur was unmarried and probably left his parental home for war service.

Private Arthur Gore (Regimental no: 22506) was a member of the 11th Battalion of the South Wales Borderers Regiment. He was killed in action on the Western Front on 7th July 1916.

Arthur was born at no.8 Cross Street, Blaina and spent his early years there until his father gave up coal mining and became innkeeper at the Bush Inn in Blaina. Arthur was living there at the time of the 1911 census. He enlisted for service at Newport. We don’t know the exact circumstances of his death but the regimental diary extract below probably gets us closest to the truth:

‘On the 7th July, the 11th attacked Mametz Wood from the direction of Marlborough Wood on the right of the Brigade. Starting at 8.30 am the attack encountered much rifle and machine gun fire together with heavy artillery fire. The 11th pushed on but were hit on their flank by machine gun fire from Sabot and Flatiron Copse’s and Bazentin le Grande Wood inflicting many casualties and bringing the attack to a halt. A further attack was attempted at 11.15 am but was again stopped by this machine gun fire. The 10th Battalion was called up to support the attack at 3 pm but with no success. By now, men were scattered in front of Mametz Wood and soaked by pouring rain. After dark, all survivors were withdrawn.

The 11th lost 13 officers and 177 men as casualties. Not necessarily all killed but also those rendered non-effective through wounds’

Arthur’s memorial is sited at Flatiron Copse Cemetery, near Mametz Wood where he was killed.