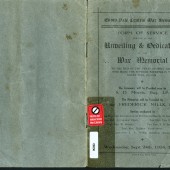 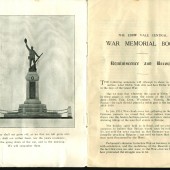 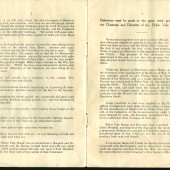 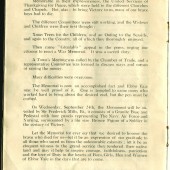 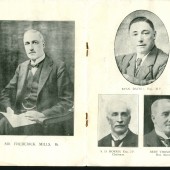 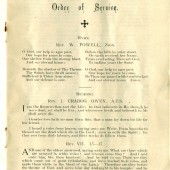 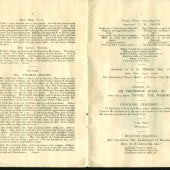 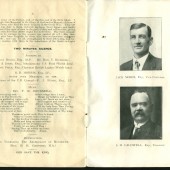 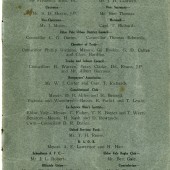 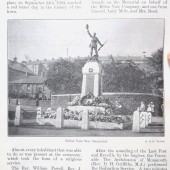 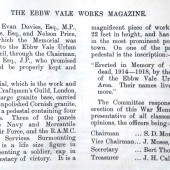 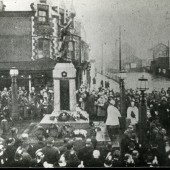 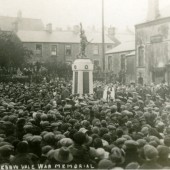 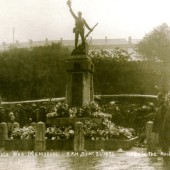 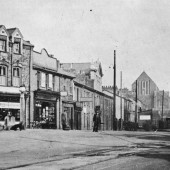 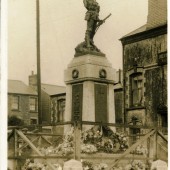 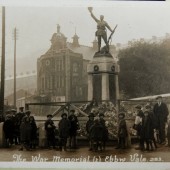 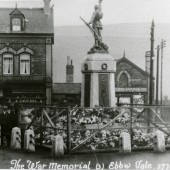 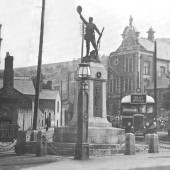 The Ebbw Vale War Memorial has at last been erected, and the Unveiling Ceremony which took place on September 24th, 1924, marked a red letter day in the history of the town.

Almost every inhabitant that was able to do so was present at the ceremony, which took the form of a religious service. The Rev. William Powell, Rev. J. Cradoc Owen, A.T.S., Rev. Thomas Davies (Beaufort) and Adjutant T. W. Woods (Salvation Army) took part in the introductory part of the service, after which Sir Frederick Mills, Bt., D.L. (who was accompanied by Lady Mills) performed the Unveiling Ceremony, and paid a tribute to the part Ebbw Vale and its inhabitants had taken in the great war. He afterwards placed a wreath on the Memorial on behalf of the Ebbw Vale Company, and one from himself, Lady Mills, and Mrs. Reed.
After the sounding of the Last Post and Reveille by the buglers, the Venerable The Archdeacon of Monmouth (Rev. D. H. Griffiths, M.A.) performed the Dedication Service. A two minutes silence was then observed, and this was followed by a procession of those who placed floral tributes on the Memorial in memory of those to whom it had been erected. Speeches were made by S. D. Morris, Esq., J.P. (the chairman of the Proceedings), Evan Davies, Esq., M.P., F. H. A. Jones, Esq., and Nelson Price, Esq., after which the Memorial was handed over to the Ebbw Vale Urban District Council, through the Chairman, F. J. Fudge, Esq., J.P., who promised that it should be properly kept and respected.

The Memorial, which is the work and design of the Craftsmen’s Guild, London, consists of a large granite base, carried out in rough unpolished Cornish granite, upon which is a pedestal containing four copper panels. Three of the panels represent the Navy and Mercantile Marine, the Air Force, and the R.A.M.C. and Nursing Services. Surmounting the pedestal is a life size figure in bronze, representing a soldier, cap in hand, in the ecstacy of victory. It is a magnificent piece of work, stands over 22 feet in height, and has been erected In the most prominent position in the town.

On one of the panels on the pedestal is the inscription:-
“Erected in Memory of our Glorious Dead, 1914-1918, by the Inhabitants
Of the Ebbw Vale Urban District Area. Their names liveth for evermore.”

The Committee responsible for the erection of this War Memorial was representative of all classes, creeds, and opinions, the officers being: