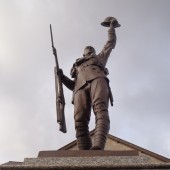 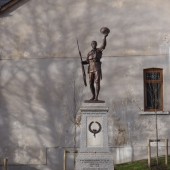 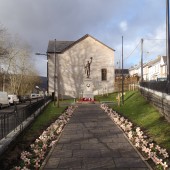 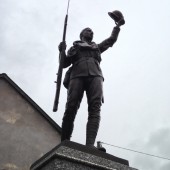 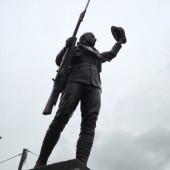 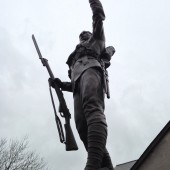 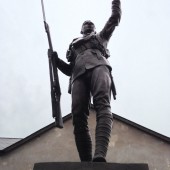 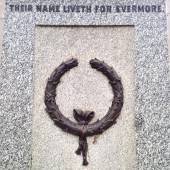 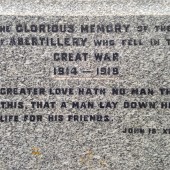 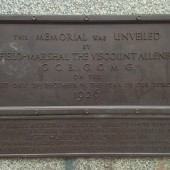 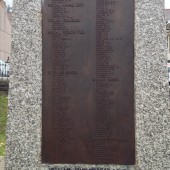 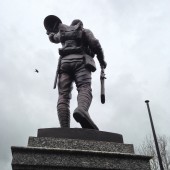 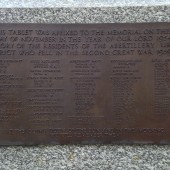 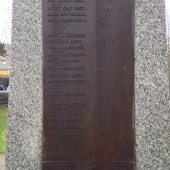 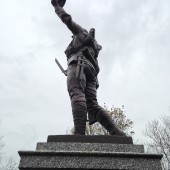 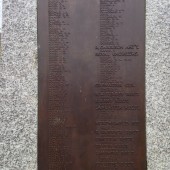 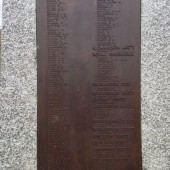 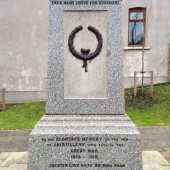 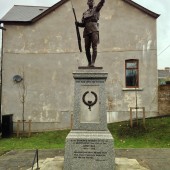 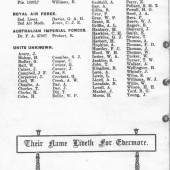 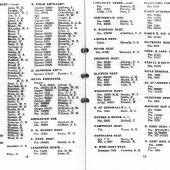 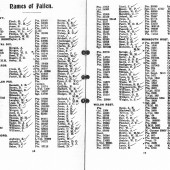 Abertillery Civic War Memorial is a grade II listed structure situated at the junction of Queen Street with Somerset Street in Abertillery.

It comprises a bronze statue of a standing soldier, rifle with fixed bayonet in his right hand, holding his steel helmet aloft in his left hand. Mounted on a square granite plinth adorned with a bronze wreath of laurels, the names of the fallen on bronze plates beneath, and mounted on a 2-tiered base.

Bronze plaques to sides of upper stage of pedestal containing several names of the dead under each regiment; added plaques below of those killed in the 1939-45 war. South side has laurel wreath to upper stage of pedestal, set in recessed panel with inset lettering above: Their name liveth for ever more and below, To the glorious memory of the men of Abertillery who fell in the Great War 1914-1918. Greater love hath no man than this that a man lays down his life for his friends (John 15 XIII). On West side is bronze plaque: This memorial was unveiled by Field Marshall the Viscount Allenby on the 1st day of December in the year of our Lord 1926. Below is plaque referring to the added World War II inscriptions, unveiled 7th November 1954 by Lord Raglan.

6 O’CLOCK FACE [S side]: THEIR NAME LIVETH FOR EVERMORE/ TO THE GLORIOUS MEMORY OF THE/ABERTILLERY MEN WHO FELL IN
THE/GREAT WAR/1914-1918/GREATER LOVE HATH NO MEN THAN/THIS. THAT A MAN LAY DOWN HIS/LIFE FOR HIS FRIENDS.

Names on Memorial (WW1 only):