You are here: Home>Categories>Memorials & Monuments>Commemorative Plaque>War memorial to the fallen employees of the Ebbw Vale Company

War memorial to the fallen employees of the Ebbw Vale Company 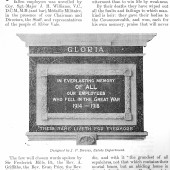 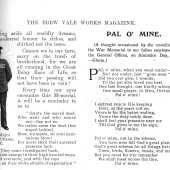 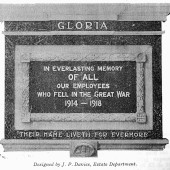 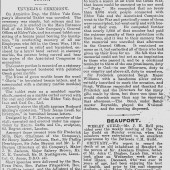 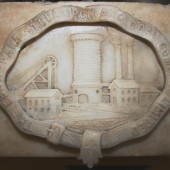 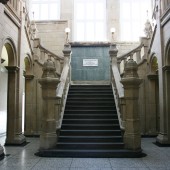 An impressive monument erected to the memory of employees of the Ebbw Vale Company who were killed in the First World War. Originally sited in the stairway of the General Offices at the former Ebbw Vale Steelworks, it was unveiled by Company Sergeant-Major John Henry Williams, VC on Armistice Day, 11 November 1921.

This once impressive monument no longer exists having disintegrated upon its fall to the ground , apparently during an unsuccessful attempt at its removal from the wall on which it was originally affixed. Volunteers at the Ebbw Vale Works Museum, all of whom are former employees of the steelworks, state that the monument smashed to pieces upon hitting the ground accidentally. The circumstances surrounding the removal of the monument cannot unfortunately be verified by any record although it is certain that it is now lost; save for a small fragment at the base of the monument, a corbel, which bears the Ebbw Vale company logo that is now in the custody of Ebbw Vale Works Museum, sited within the General Offices on Steelworks Road, Ebbw Vale.

WHO FELL IN THE GREAT WAR /

“THEIR NAME LIVETH FOR EVERMORE” /