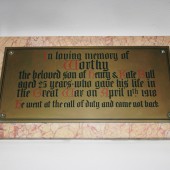 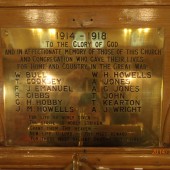 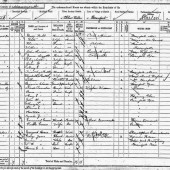 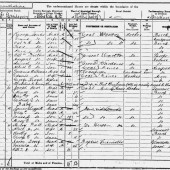 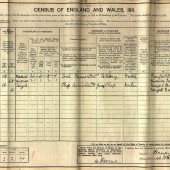 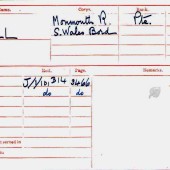 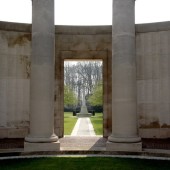 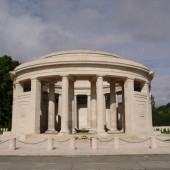 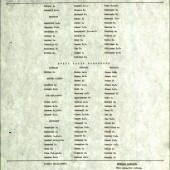 Memorial plaque inside Saint David’s Church [Anglican], Beaufort, Ebbw Vale, which is dedicated to Worthy Bull who died in the First World War.

Worthy Bull was the son of a collier (hewer) Henry Bull. Henry Bull married Kate Adelaide Bedford in 1890. It was Henry’s 2nd marriage since his first wife, Emily died in 1883 although there were also two surviving children from their marriage, Florence (1880) and William (1882). By the 1901 census, neither of Henry’s children from his first marriage were living with him and Kate. Worthy was born in 1893; his sister Gladys Eulelia was born in 1896. According to the 1911 census, Henry and Kate had another child but s/he died in infancy and his/her name cannot be confirmed. By the time of the 1911 census, Worthy Bull was 18 years of age and worked as a shop assistant.

In loving memory of /

He went at the call of duty and came not back /

According to the ‘Soldiers died in the Great War’ database:

According to the Commonweath War Graves Commission, Worthy was the only son of Kate Adelaide Bull, of Clynderwen House, Beaufort and the late Henry Bull. He has no known grave and his name is inscribed upon a wall panel (Stone 5 B) at the Ploegsteert Memorial in Belgium. The ‘Ploegsteert Memorial to the Missing’ is a Commonwealth War Graves Commission memorial for 11,366 commonwealth servicemen who have no known grave. It commemorates men from the Allied Powers who fought in the immediate area of the Ypres Salient on the Western Front. Since 7 June 1999, the Comité du Memorial de Ploegsteert has arranged for the Last Post to be played at the memorial on the first Friday of each month.