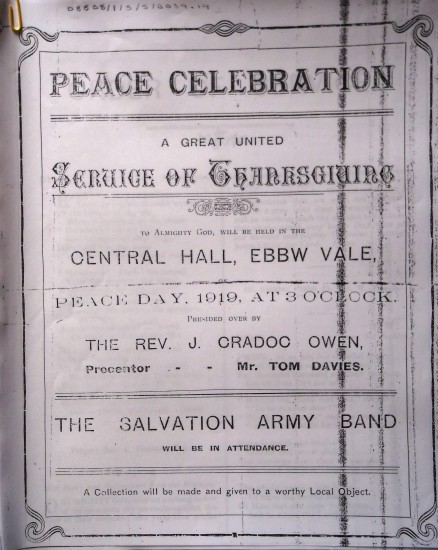 A United Service of Thanksgiving was held on Peace Day, Saturday 19th July 1919 as part of a week-long programme of events at Ebbw Vale. The programme cover states Central Hall as the venue for the service rather than ‘The Palace’ which was stated to be the venue on the ‘Peace Souvenir’ programme produced for the whole week of events.

A commemorative souvenir of this service was printed which also contained a list of all service men killed or who died on active service series from the Ebbw Vale Urban District area (reproduced under separate catalogue record).