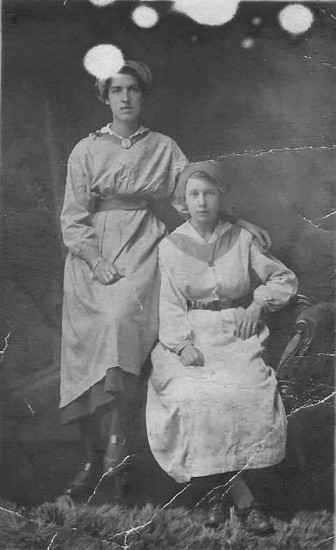 Elizabeth Ellen Price was born in 1898. She was the eldest daughter of Elizabeth Jane (nee Daniels) and James Price, a steel smelter at Ebbw Vale. By the time of the 1911 census, her father James Price worked in the coke ovens for the Ebbw Vale Steel, Iron and Coal Company. Elizabeth Ellen was 13 years of age and still at school. She had 2 younger brothers and one sister.

During the first world war, Elizabeth Ellen worked at the Munitions Factory in Ebbw Vale. Sadly, we know nothing about her time or experiences here save for one photograph with another ‘munitionette’ of unknown identity. In the photo, Elizabeth is the girl on the left.