When Julian came to Ebbw Vale 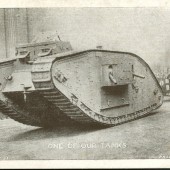 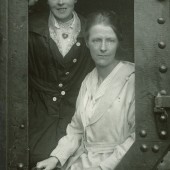 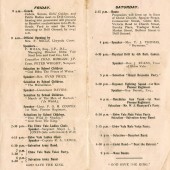 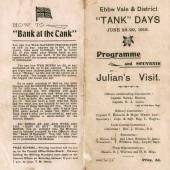 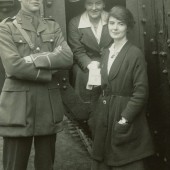 Wars cost money but where would a government look to get money at a time of war?

During the First World War, the British Government encouraged its citizens to lend it money by selling ‘war savings certificates’ and ‘war bonds’. In order to raise publicity for such schemes, events or publicity stunts were organised across the country. One such scheme involved the visit of tanks to local communities such as that held on 28 and 29 June 1918 when ‘Julian’ the tank visited Ebbw Vale and District.

I’m grateful to Kevin Evans for allowing us to share his documents and photographs with us.