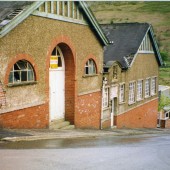 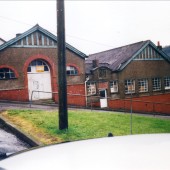 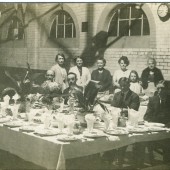 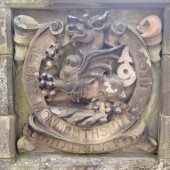 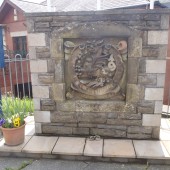 The upper part of the Drill Hall was built in about 1900 – the lower extension was built after the Boer War and incorporated the war memorial to those killed in that conflict. Prior to the construction of Cwm Institute, the Drill Hall was a busy social centre for dances and other gatherings. One local resident’s mother remembered learning to dance the Charleston here in the 1920s. When Tirzah Chapel burned down in 1917, the Drill Hall was pressed into service as a Sunday School, with a roll-call of 500 pupils!
When the Drill Hall was demolished in 1996, the plaque was removed and re-erected as the cenotaph outside Cwm Library.

However the above report did not identify or record the existence of Cwm’s drill hall despite its recent demolition!