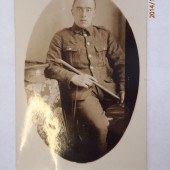 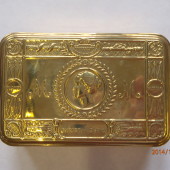 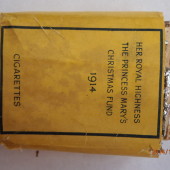 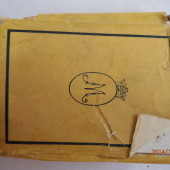 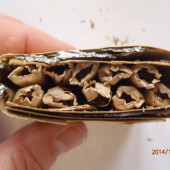 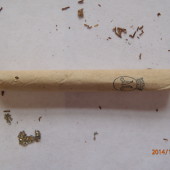 “I want you now to help me to send a Christmas present from the whole of the nation to every sailor afloat and every soldier at the front. I am sure that we should all be happier to feel that we had helped to send our little token of love and sympathy on Christmas morning, something that would be useful and of permanent value, and the making of which may be the means of providing employment in trades adversely affected by the war. Could there be anything more likely to hearten them in their struggle than a present received straight from home on Christmas Day? Please will you help me?”

It was anticipated that the majority of eligible recipients would receive an embossed brass box, one ounce of pipe tobacco, twenty cigarettes, a pipe, a tinder lighter, Christmas card and photograph of the Princess. An alternative gift for non-smokers included the brass box, a packet of acid tablets, a khaki writing case containing pencil, paper and envelopes together with the Christmas card and photograph of the Princess. Troops from the Indian sub-continent received different items within their boxes as did serving nurses. Contents were eventually altered due to logistical and supply reasons.

One of these boxes was brought to Blaina Heritage Museum during December 2014 for the First World War Volunteer Researchers to record. Along with the box, there was a packet of 10 cigarettes bearing the monogram of Princess Mary. The brass box and packet of cigarettes were originally given to the owner’s grandfather, Private Rees Joseph Basham of Abertillery Road, Blaina.

Thanks to Mrs Eryl Dykes for sharing these objects with our project.