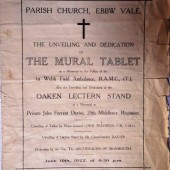 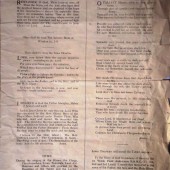 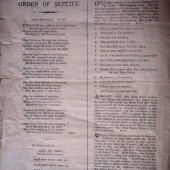 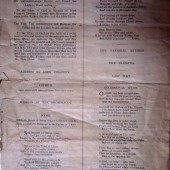 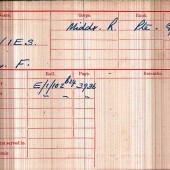 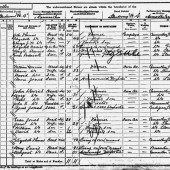 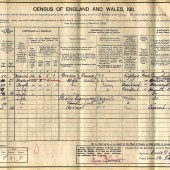 An oak lectern stand dedicated to the memory of Private John Ferrent Davies, 20th Middlesex Regiment who was killed during the First World War. The plaque was unveiled by his father Churchwarden David Davies and dedicated by the Archdeacon of Monmouth on 10 June 1922.

John Ferrent Davies was born in 1891, the son of David Davies, a churchwarden in Christ Church, who ran a grocery business. On the 1911 census where the family lived at 52 Victoria Road, Ebbw Vale, John’s father stated that his occupation was that of a farmer as well as a grocer. John assisted his father in running the grocery business as did his elder brother David Sydney Davies. On the 1901 census, John Ferrent Davies was to be found at Llwyntew, Llanddeusant, Carmarthenshire on his paternal grandfather’s farm. John had 5 siblings although one had died before 1911. His mother Mary Jane was born at Hirwaun, Breconshire.

It’s not clear why John found himself in the 20th Middlesex Regiment. He was killed on 5th January 1917 but the whereabouts of his body are not known. His name is recorded on the Thiepval Memorial to the missing.