You are here: Home>Categories>Memorials & Monuments>Building>Cyril Place, 1915 - named after Cyril Salt who died in April 1915 on the Western Front 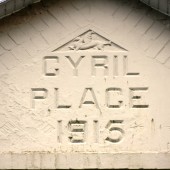 Cyril Place, Abertillery. Notice the small dragon in the triangle immediately above the wording, which represents the Monmouthshire Regiment - Cyril's regiment before he obtained his officer's commission with the South Wales Borderers 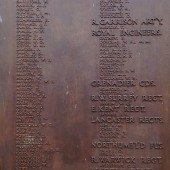 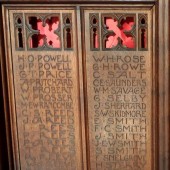 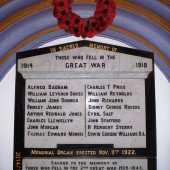 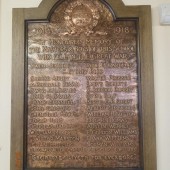 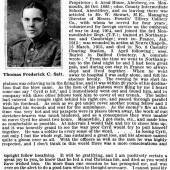 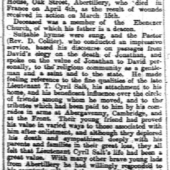 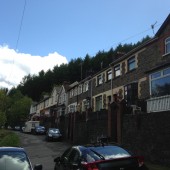 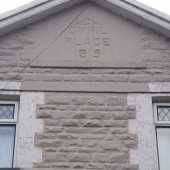 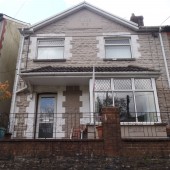 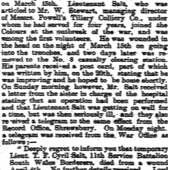 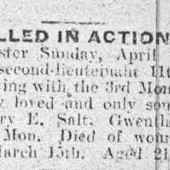 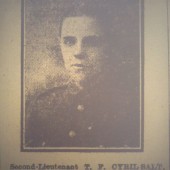 Many months ago, a posting appeared on the Abertillery Past & Present site depicting a name and date on a terraced house in Abertillery, entitled ‘Cyril Place 1915′. During the course of the First World War Research volunteers’ visits, we have come across at least 4 other memorials to the same individual.

His full name was Thomas Frederick Cyril Salt who was born on 26 October 1893. He was the only son of Thomas Frederick and Mary Ellen Salt, owners at one time of Arael and Rhiw Coelbren collieries, of Gwentland House, Abertillery.

Known as Cyril, he was wounded on the 15 March 1915 after being shot through the head; the bullet exiting through his temple. After undergoing treatment and an operation, Cyril sadly passed away on 3 April 1915. He was a 2nd Lieutenant in the 11th Battalion of the South Wales Borderers Regiment.