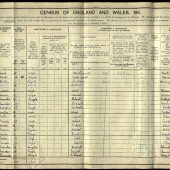 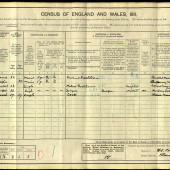 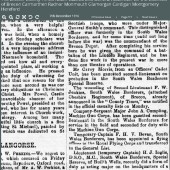 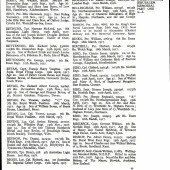 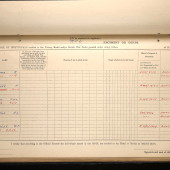 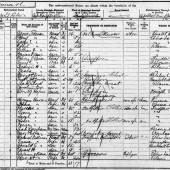 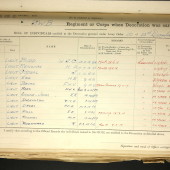 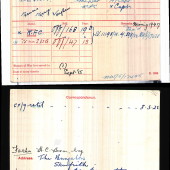 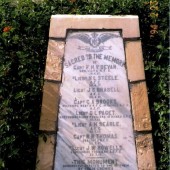 Captain Francis Harry Vaughan Bevan was born in Blaina in 1895, the only son of Henry Crook Bevan and Fanny Eleanor (nee Morgan), who married at Birmingham in summer of 1894. On the 1901 census, the family lived at 12 Cwmcelyn Road, Blaina, a 15-roomed house! Henry Bevan’s occupation was a surgeon, which would be equivalent to a medical doctor today; 2 Irish-born ‘surgeons’ and a school governess lodged with the family at the same address at this time. There were 2 live-in domestic servants as well as Francis, his mother and his younger sister called Nesta who was Francis’ only sibling.
By the time of the 1911 census, Francis, aged 16 was a boarder at Clifton College; his dormitory was situated at 30 College Road, Clifton, Bristol. His parents were still resident at their 1901 address at this time. His sister Nesta was a boarder at Cheltenham Ladies College at the same time.
Francis joined the 8th South Wales Borderers as a Lieutenant and arrived in France in September 1915. According to the Brecon County Times, 7 December 1916, Temporary Captain F.H.V. Bevan of the South Wales Borderers ‘has been appointed as a flying officer in the Royal Army Flying Corps’. Sometime afterwards, he was transferred from the Western Front to Palestine and here, he was reported as missing, presumed killed in action, on 19 April 1917 aged 22. His name is recorded in the memorial register at the Jerusalem Memorial.

Francis is recorded on a brass memorial plaque in St. Peter’s Church, Blaina, Here his rank is mistakenly recorded as Lieutenant. Francis is also recorded on a memorial stone in Beersheva War Cemetery; the inscription at the foot of the panel reads – “THIS MONUMENT generously erected to one of them by their enemies, was discovered and restored by their friends, January 1918”. There is evidence that the memorial was erected at Sheria before being moved to Beersheva. According to the national index of wills, Francis’ address at the time of death is recorded as Hillcrest, Rumney, Monmouthshire.

Francis’ father was an officer in the Royal Army Medical Corps during the First World War. He arrived in France on 1 May 1915 as Lieutenant, eventually becoming Captain. Francis’ sister, Nesta, like many young women of her generation, did not marry and died in Chichester, Sussex in 1985 just short of her 89th birthday.