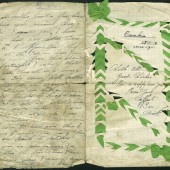 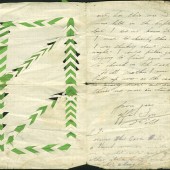 Bob O’Brien of Brynmawr kindly loaned us a wonderful collection of postcards and letters that belonged to his father, William O’Brien. He also spoke about the terrible effect that exposure to gas had had on his father’s health long after the war ended.